at the Maternité Grande-Duchesse Charlotte in Luxembourg

Prince Louis and his sons, Prince Gabriel and Prince Noah

After attending primary school in Lorentzweiler, Prince Louis began his secondary education at the American School of Luxembourg. He then went to the Collège Alpin Beau Soleil in Switzerland, where he continued his studies and obtained a secondary school diploma in June 2005.

Prince Louis is fluent in Luxembourgish, French, English and German and has a very good knowledge of Spanish.

While he studied in Switzerland, Prince Louis became particularly interested in social and humanitarian work. He took part in missions in Mumbai, India, led by an NGO in cooperation with his school. During the school holidays, he gave lessons in English, mathematics and physical education to children living in the most disadvantaged neighbourhoods.

Prince Louis pursued his interest in the humanitarian sector and in 2006, he spent a year working for the Red Cross in Geneva in various fields, such as logistics and event organisation. He also participated in the supervision of children’'s groups and the support of elderly people.

In 2007, Prince Louis worked in forestry management for the Administration of the Assets of H.R.H. the Grand Duke. In 2008, he decided to take courses at the Miami University Dolibois European Center in Luxembourg.

He then spent two years in the United States, where he completed a training course in Aeronautics, granting him a private pilot licence in 2011. After this, he moved to the United Kingdom, eager to continue his studies.

In 2014, Prince Louis obtained a degree in Communication at Richmond, the American International University in London. In 2015, he trained at the European Landowners Organization, which is committed to the promotion of sustainable and prosperous rural regions and to raising awareness of environmental and agricultural issues in Europe.

Subsequently, Prince Louis completed his studies at Birkbeck University in London and now holds a Master’'s degree in Psychosocial Studies. Because of his personal experience, Prince Louis has a deep understanding and willingness to support dyslexic people. He also trained with Béatrice Sauvageot, a recognised expert in this field. Prince Louis testified about his dyslexia during the International Forum on Learning Disabilities, organised by the Fondation du Grand-Duc et de la Grande-Duchesse (Foundation of the Grand Duke and the Grand Duchess) in 2016.

He is also a graduate mediator of the Université catholique de Paris and holds the international certificate issued by the Center for Effective Dispute Resolution (CEDR). Prince Louis worked as a consultant for Laurent Meeschaert Conseil in Paris from 2017 to 2019, before setting up his own business. He helps dyslexic people to get to know themselves and gives advice on how to manage their dyslexia in the workplace.

Simultaneously, he decided to launch his own mediation company, SIBE Mediation, with three partners in Paris in the summer of 2020, merging the expertise of mediators with that of psychosocial and legal professionals.

Whenever his schedule allows it, Prince Louis returns to Luxembourg and takes part in the activities of the Grand Ducal Family, such as the National Day or the last day of the traditional Octave. He also takes part in major family events, such as religious services for the Grand Ducal Family or, more recently in 2019, the centenary of the accession to the throne of H.R.H. Grand Duchess Charlotte.

Family reunion at the Berg Castle on the occasion of the centenary of the accession to the throne of H.R.H. Grand Duchess Charlotte

Prince Louis has held the Order of the Gold Lion of the House of Nassau since 2004.

A fervent amateur of various sports disciplines, most of which he practises assiduously, Prince Louis has a particular passion for mountain sports (downhill skiing, snowboarding, climbing…) as well as table tennis, martial arts, fencing, horse riding, scuba diving and hunting. The Prince is also an avid pilot.

Prince Louis participated in the Strongman

For Prince Louis, the education of his children is a priority and he passes the importance of family and social values on to them.

His children thus learn about self-respect and respect for others, the benefits of spending time in nature, the importance of stopping to admire all that is beautiful and of being mindful of the environment around them. Prince Louis enjoys special moments with his children, such as teaching them skiing and other sports or playing strategy games.

Prince Louis and his sons 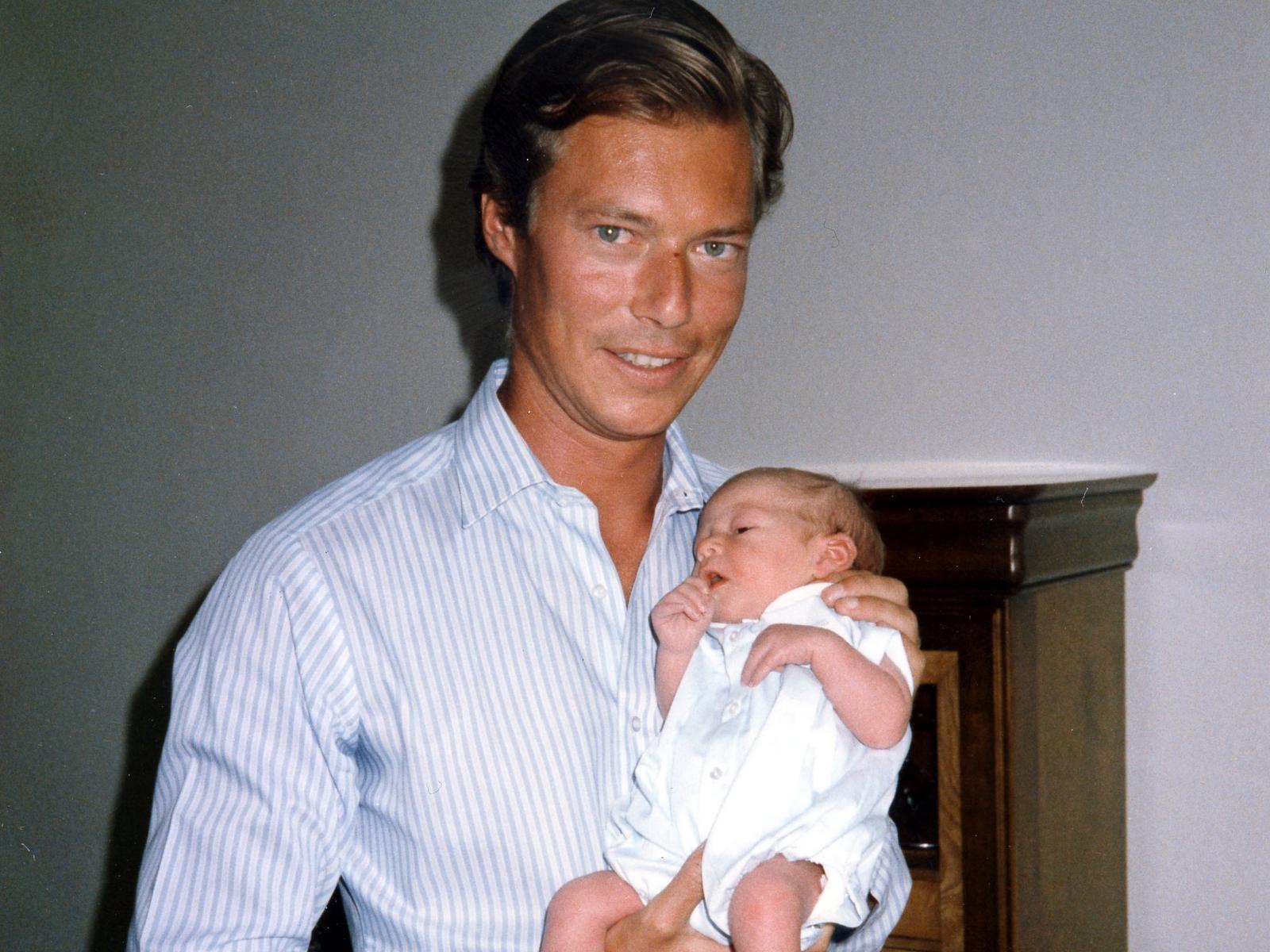 The Grand Duke and Prince Louis 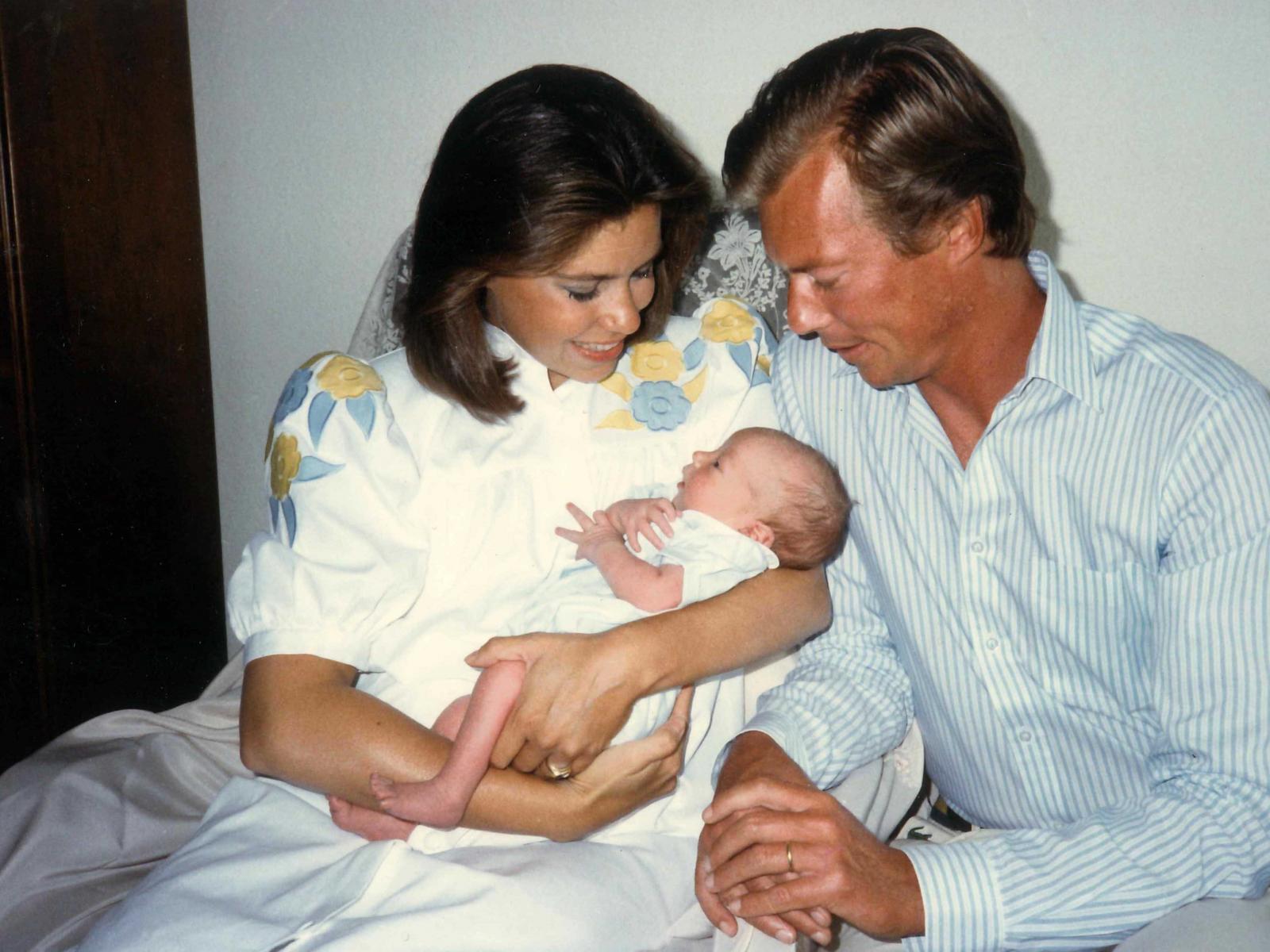 The Grand Duke, the Grand Duchess and Prince Louis 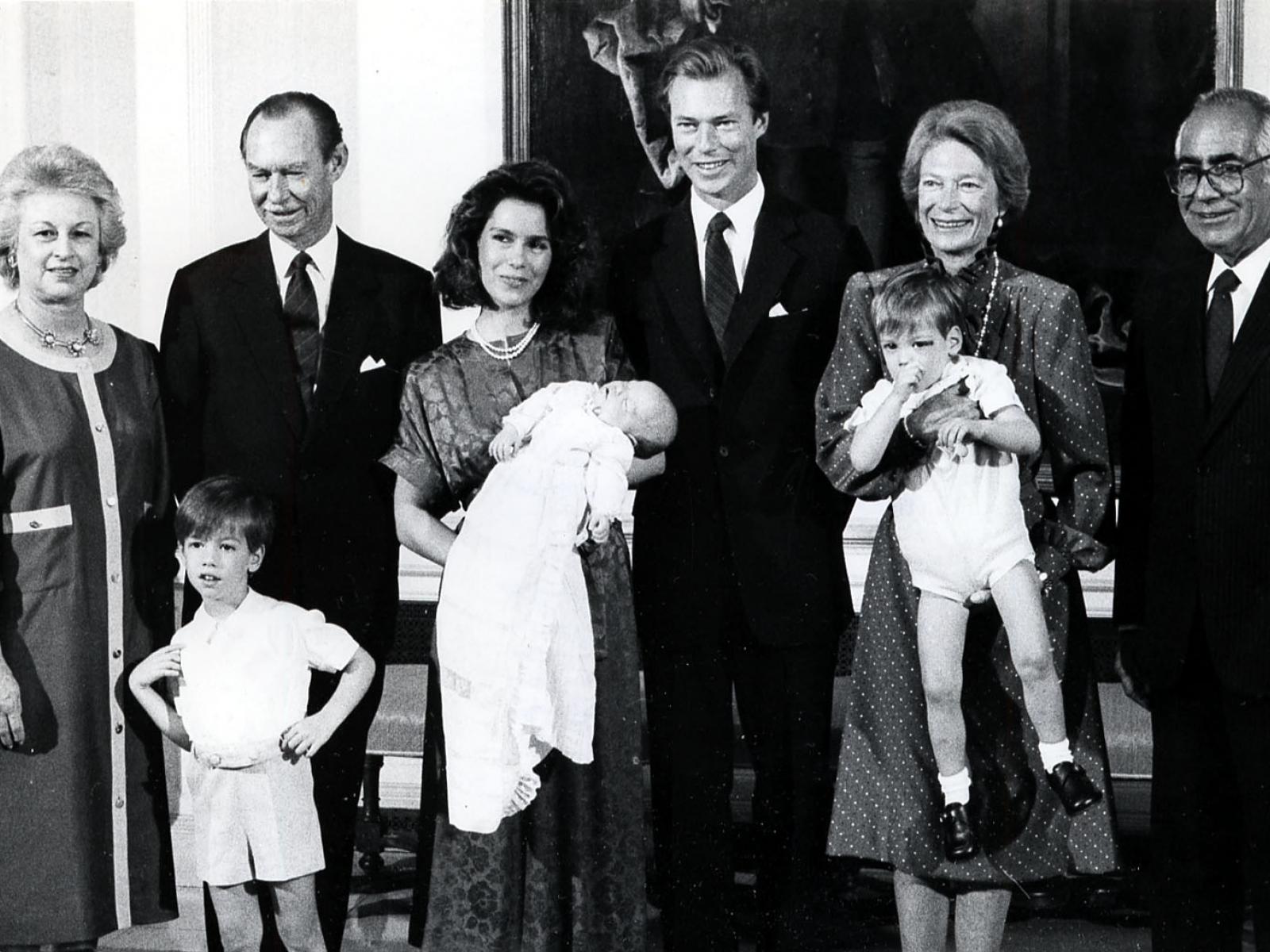 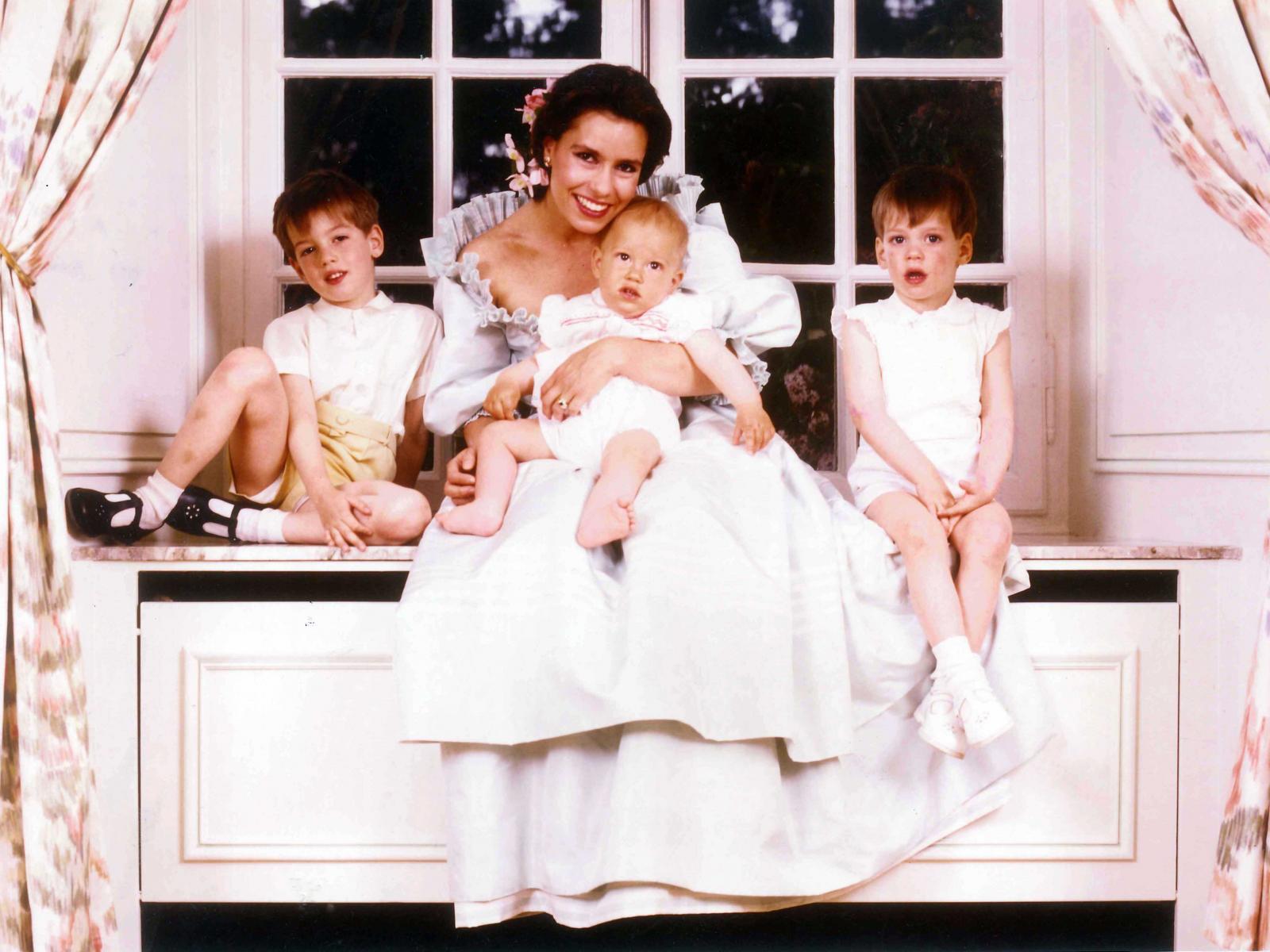 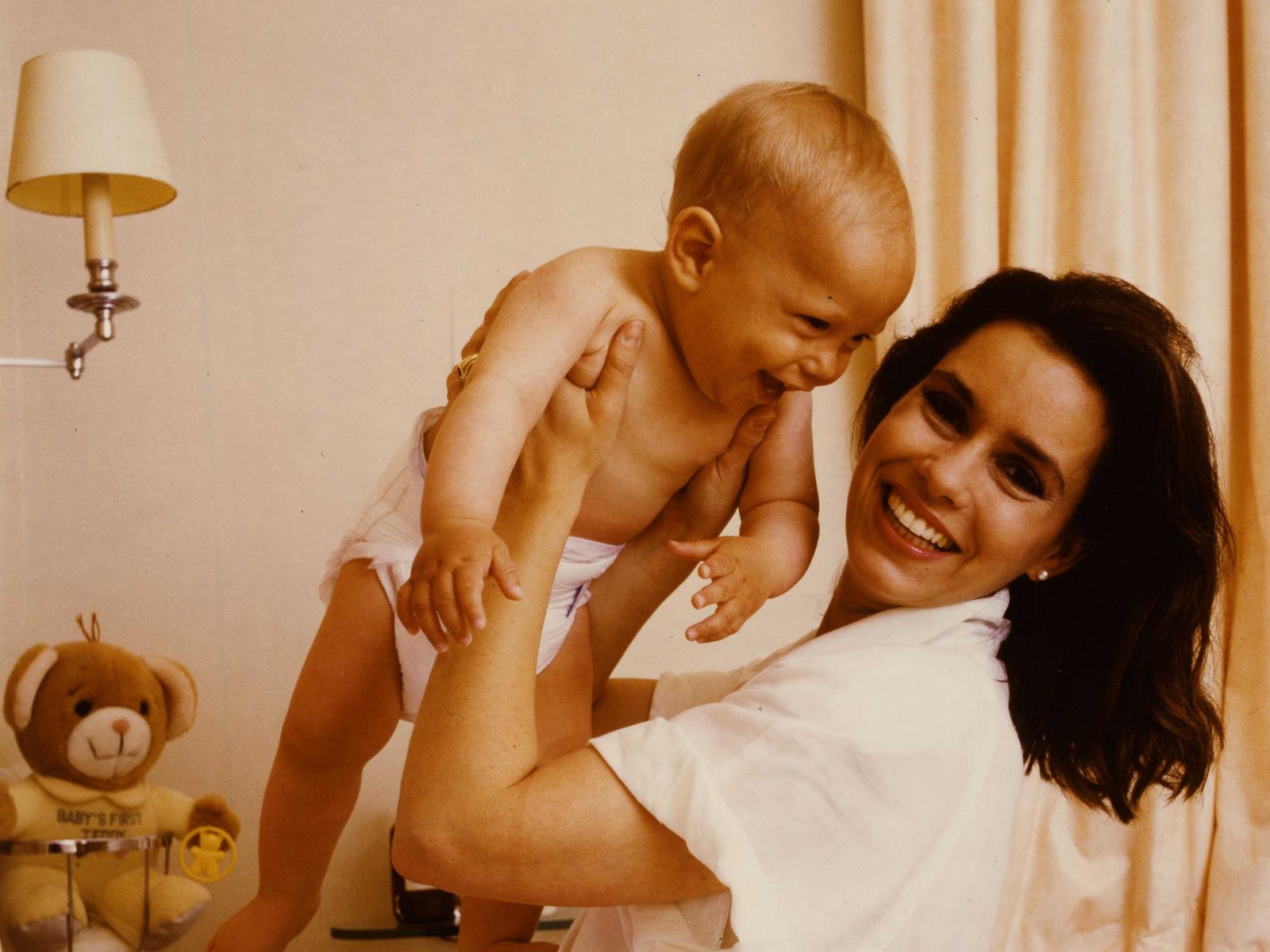 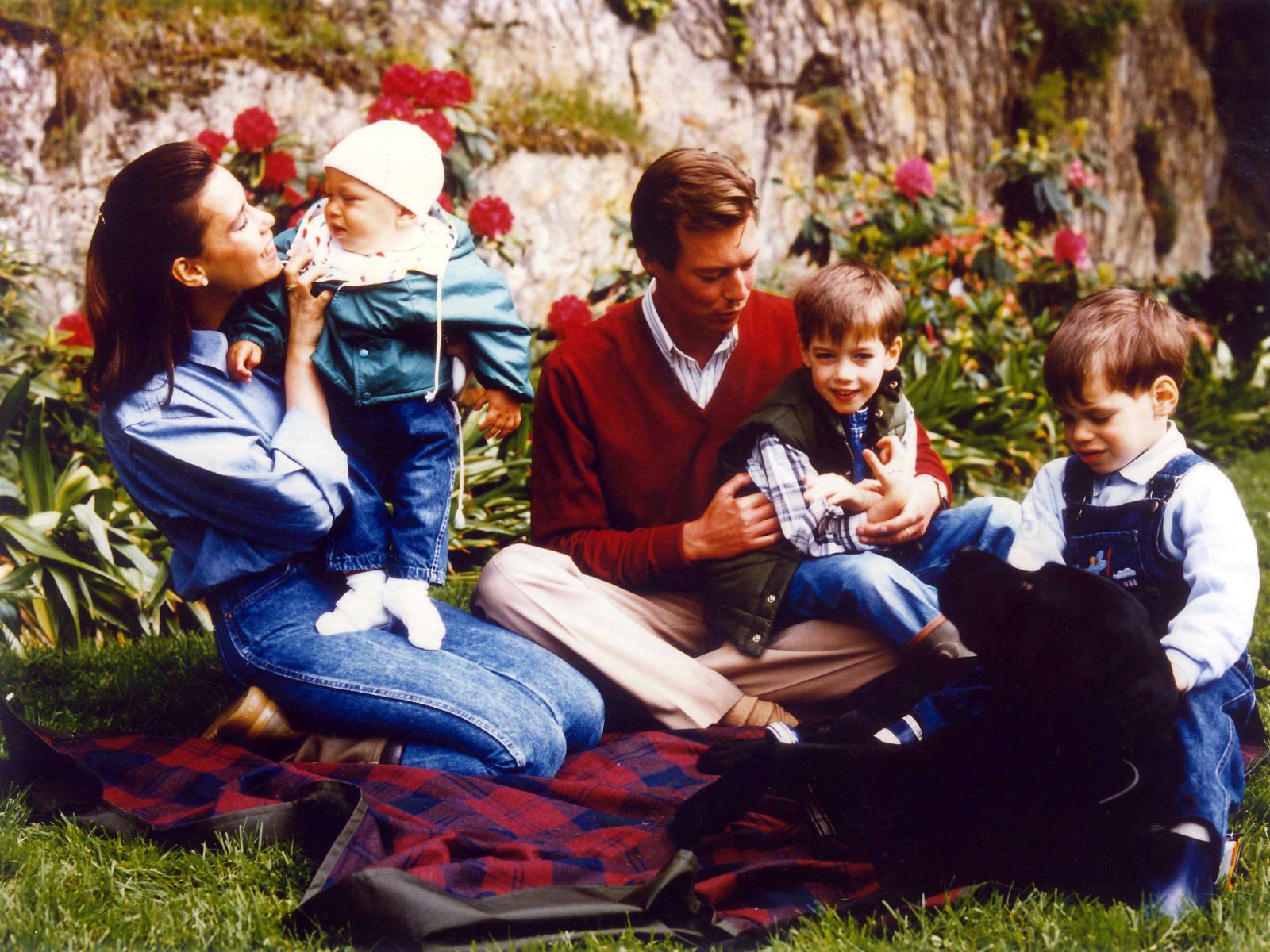 Family outing to the park 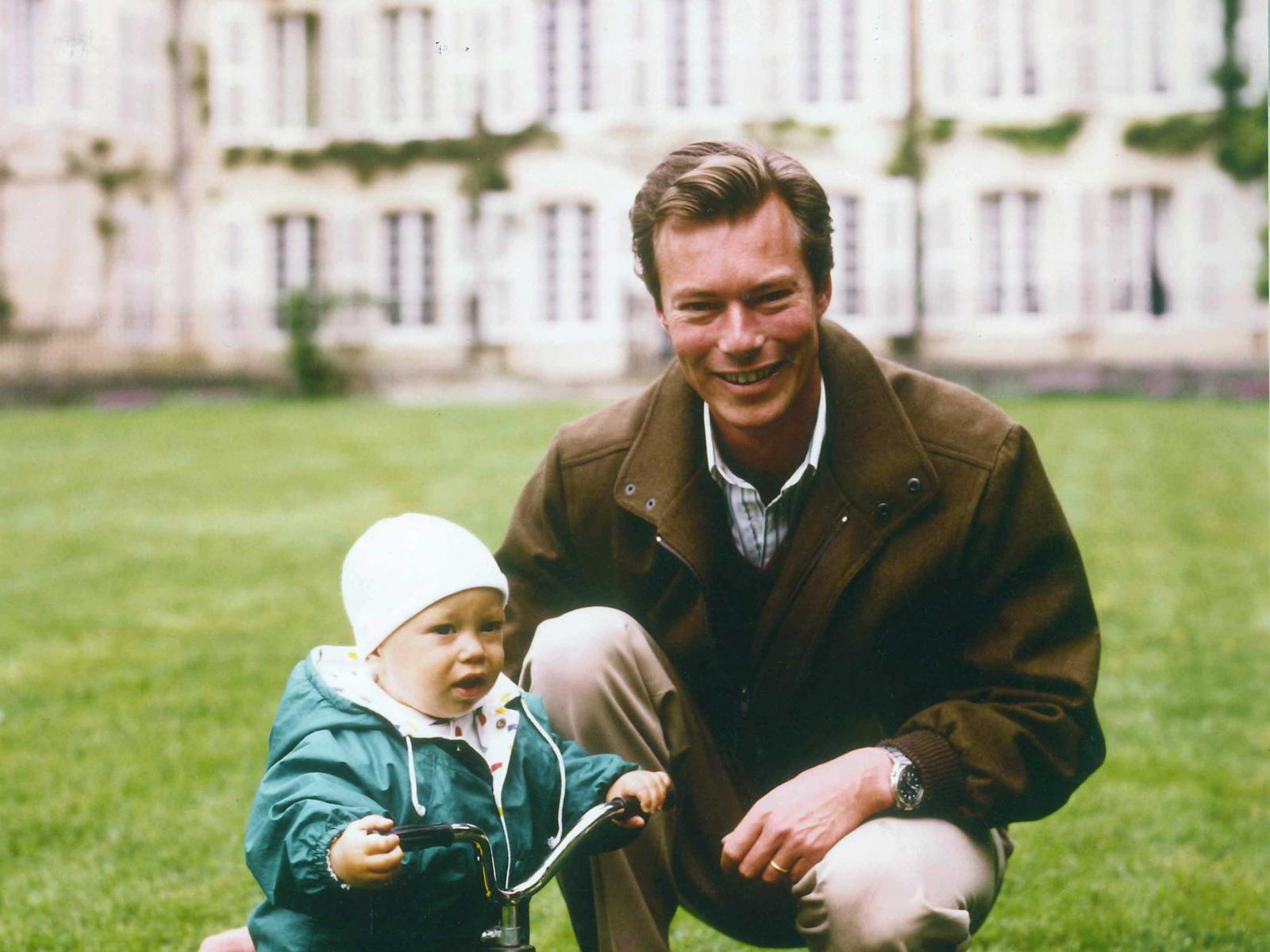 The Grand Duke and Prince Louis at Fischbach Castle 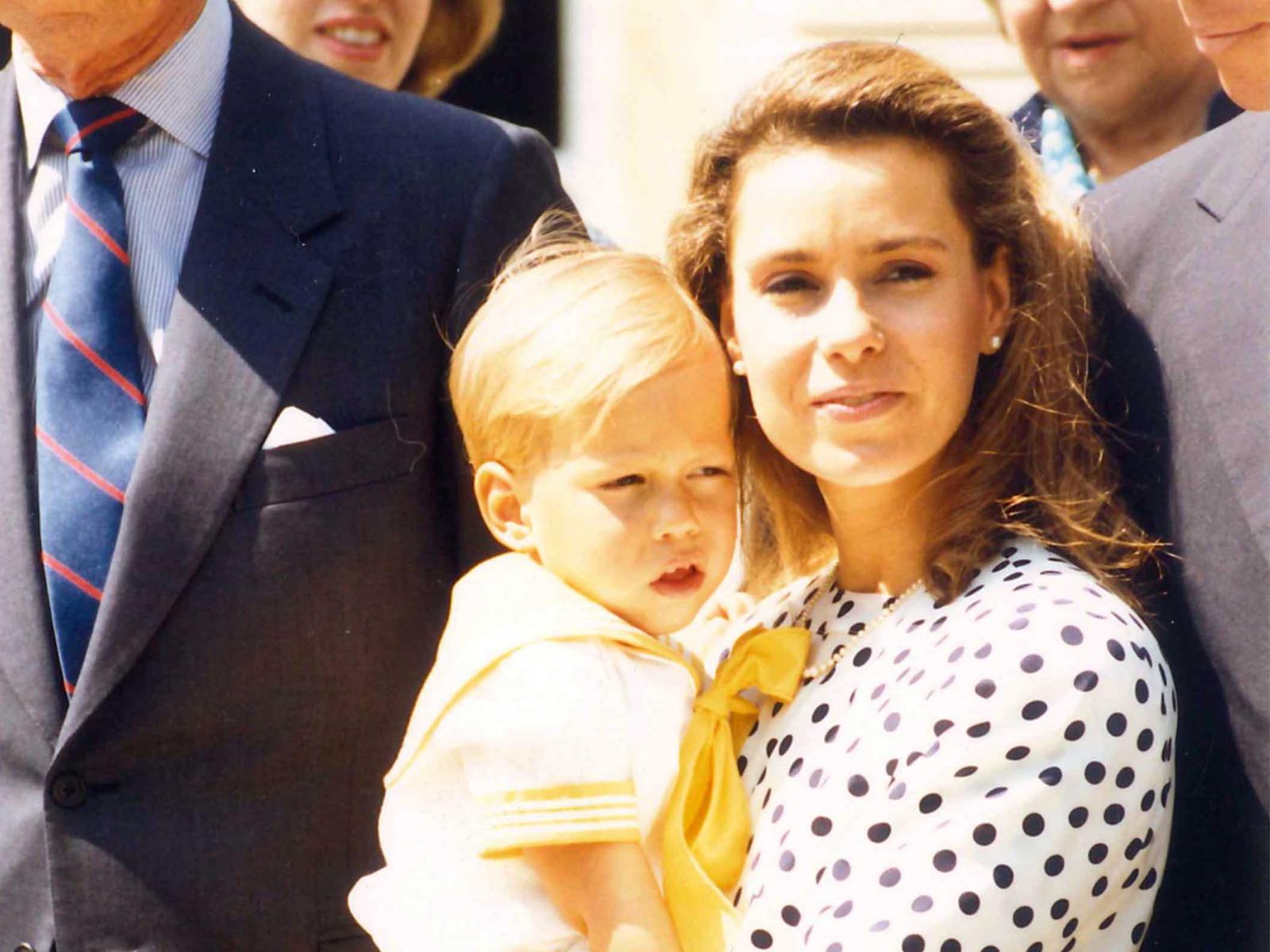 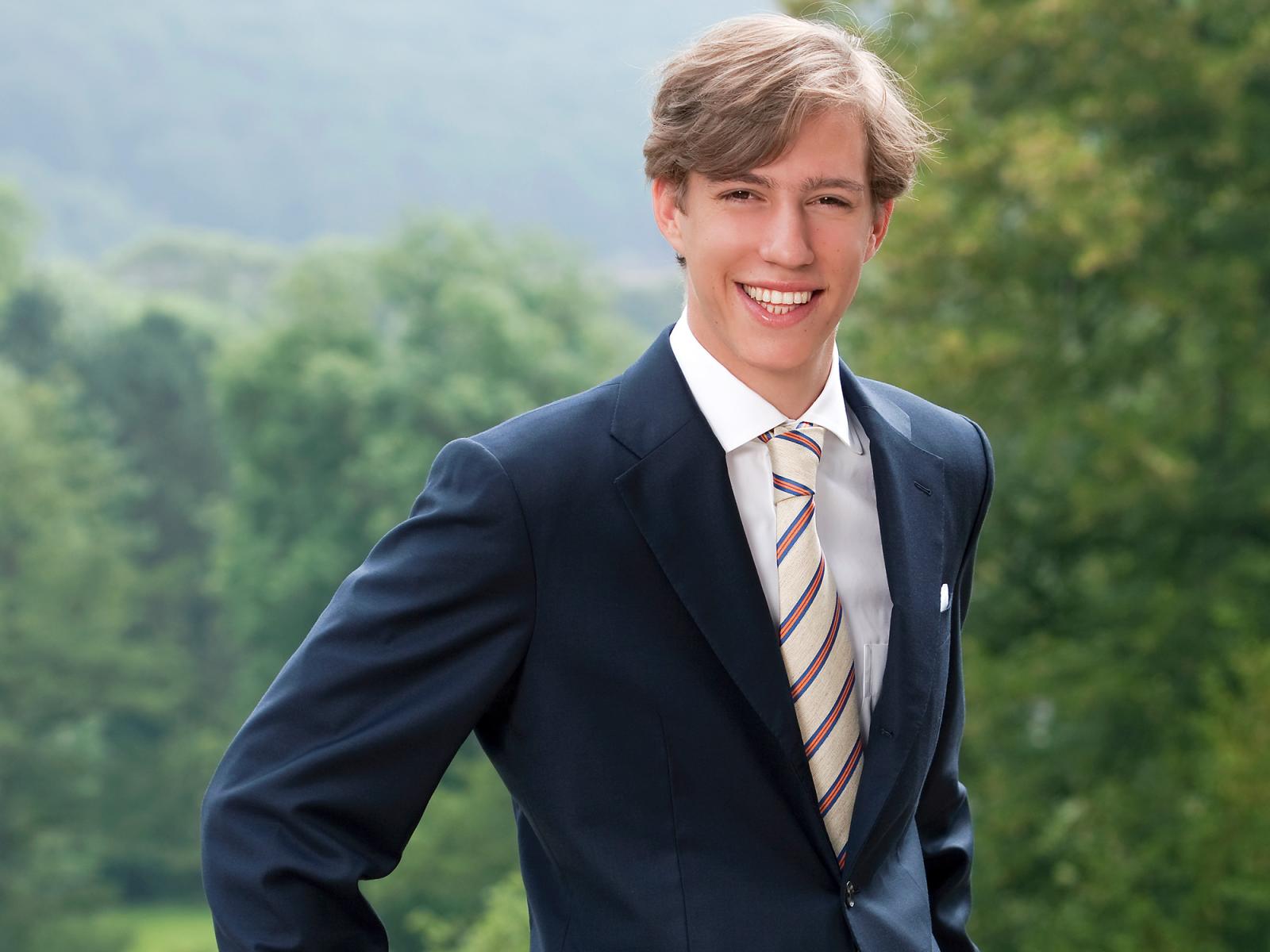 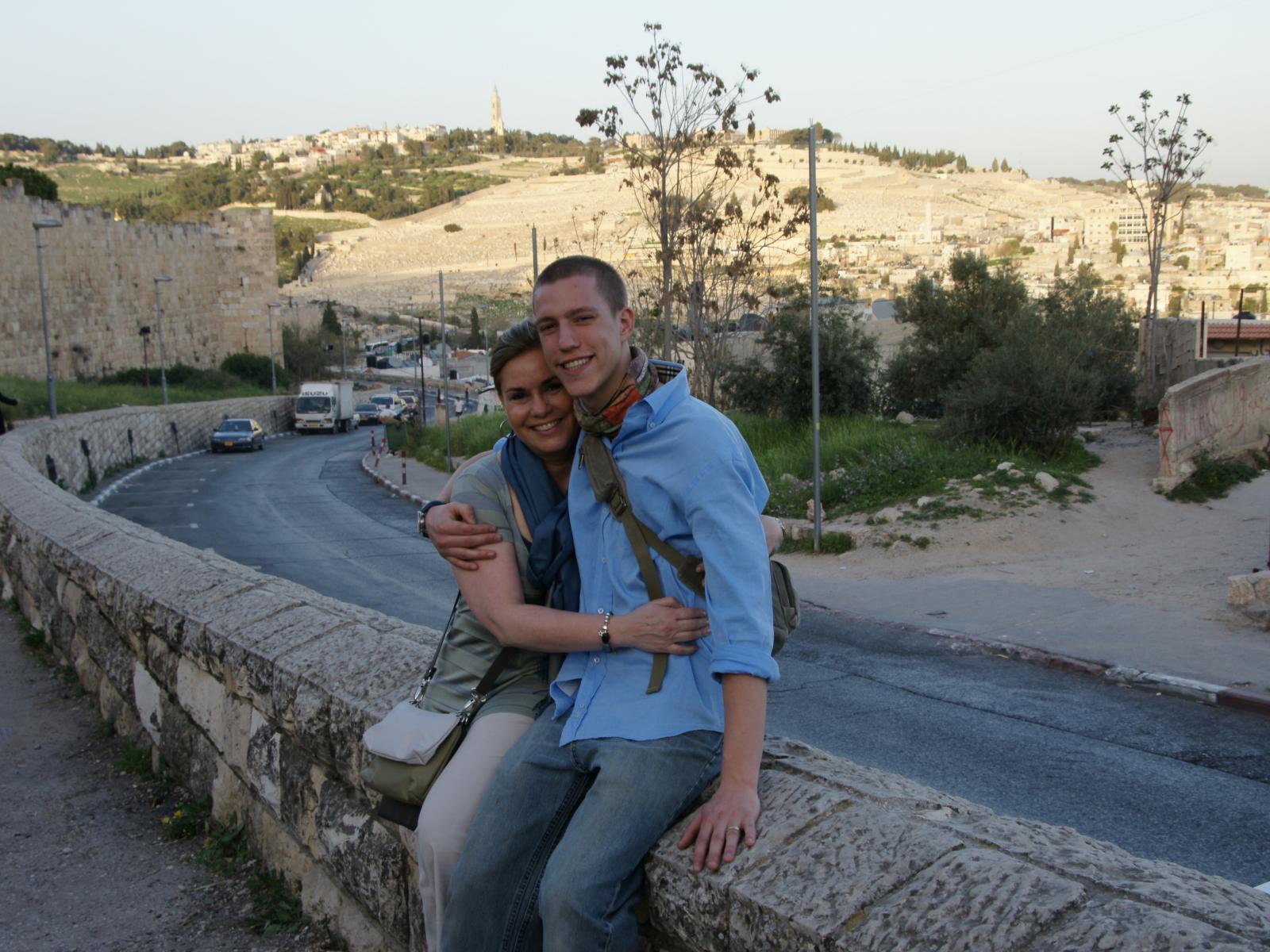 Biographies of the members of the Grand Ducal Family 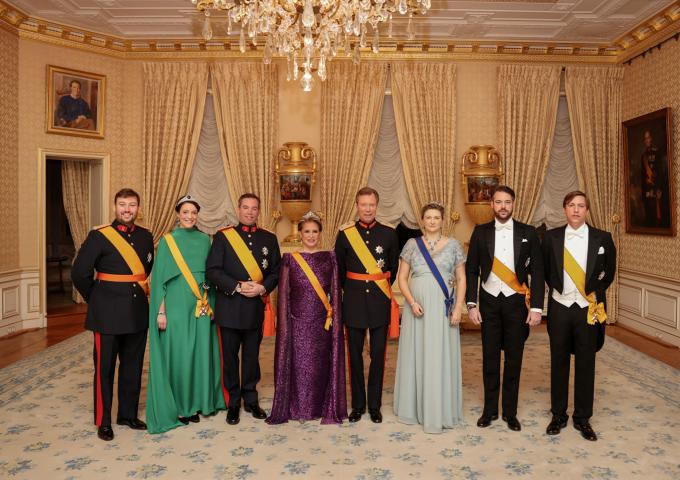 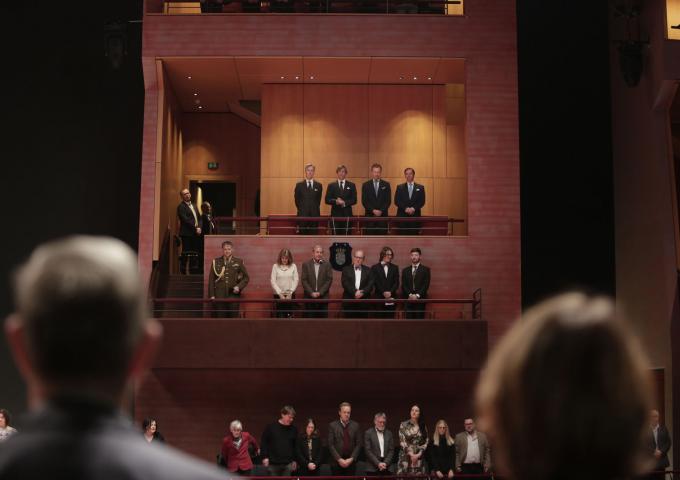