From Siegfried to Grand Duke Henri, Luxembourg has passed through the hands of several dynasties. A rich history strewn with political and dynastic ups and downs, which saw the country rise to the rank of Grand Duchy in 1815 before finally becoming independent in 1890, marking the end of the personal union with the Netherlands. Grand Duke Adolphe then became the first sovereign of a national dynasty, represented today by Grand Duke Henri, Head of State and 6th descendant of the Nassau-Weilbourg lineage.

The first line of Counts of Luxembourg

Siegfried is said to have founded Luxembourg in 963, when he exchanged some lands with the Saint Maximin Abbey in Trier. In this exchange, in return for land located in Feulen near Ettelbruck, he acquired an old castle built on a rocky promontory overlooking the Alzette valley. Siegfried had a small castle built on the site and, for the first time, history recorded the name of Luxembourg ('Lucilinburhuc’). This castle formed the nucleus of the future city.

Siegfried belonged to a noble family from the Meuse-Moselle region, but did not yet have the title of Count of Luxembourg. It was his great-grandson, Conrad I, who brought the name of 'Count of Luxembourg’ into the history books for the first time, on a document dating from 1083, by which he founded the Benedictine Abbey of Münster.

From Siegfried to the death of Conrad II in 1136, eight Counts succeeded in the same family.

The first family of Luxembourgish Counts died out with Conrad II.

The second line of Counts of Luxembourg

It re-emerged under the name of Luxembourg-Namur at the time when Emperor Conrad III, the first Hohenstaufen on the Imperial throne, invested Henry of Namur, known as Henry the Blind, with the County of Luxembourg. With this house, Luxembourg came under the influence of Rome. Countess Ermesinde, daughter of Henry IV, married Thibaut of Bar, then Waleran, Duke of Limburg. After his death, she reigned from 1226 to 1247 in a climate of peace and religious harmony. In 1247, the title of Count passed on to her son, Henry V, known as Henry the Blond. With him began the House of Luxembourg-Limburg.

The Dukes of Burgundy

With Count Henry VII started the rise of the Counts of Luxembourg to the highest echelons of power. In 1308, Henry was elected to the throne of the Holy Roman Empire.

His niece Elisabeth ceded her rights to Philip of Burgundy, and Luxembourg fell into the hands of the Dukes of Burgundy.

After Philip the Good captured Luxembourg in 1443, the Duchy was incorporated into a larger entity, the Burgundian state and then the Low Countries. The Low Countries did not really constitute a state, but a conglomerate of relatively independent principalities. The Burgundian regime strengthened the French influence in Luxembourg and French became the dominant language in the administration. The successors of the Dukes of Burgundy (the Spanish Habsburgs in the 16th and 17th centuries, and Austrian Habsburgs in the 18th century) continued using French.

Map of Luxembourg City in 1581

Charles the Bold, the son of Philip the Good, undertook to unite his territories in the South (Burgundy) with his principalities in the North, which extended from Luxembourg to Holland. His ambitions caused fear and he encountered many obstacles.

His daughter, Marie of Burgundy, married Archduke Maximilian of Austria, Emperor from 1486 to 1516. She died prematurely and left the Burgundian heritage to her son, Philip I of Castile, who inherited the kingdoms of Aragon and Castile by marriage. His son, Charles V, was elected Emperor in 1519. The Low Countries, and with it Luxembourg, passed into the hands of the Spanish Habsburgs. In 1555–1556, Charles V abdicated and divided his lands, whereby his brother Ferdinand I inherited the Imperial Crown and the Austrian lands, while his son, Philip II, inherited Spain and the Low Countries.

The territory of Luxembourg aroused keen interest when France entered the Thirty Years’ War in 1635. The war ended with the Treaty of the Pyrenees in 1659, under which France obtained the cities and provostships of Ivoix-Carignan, Montmédy, Marville, Damvillers and Thionville, located in the Duchy of Luxembourg.

From 1678 to 1683, Louis XIV’s troops occupied large territories in Luxembourg and took the capital in 1684. Louis XIV acquired the Duchy of Luxembourg through the Treaty of Regensburg. Vauban, who had masterminded the siege of Luxembourg City, rebuilt the fortress, but Louis XIV had to give up Luxembourg and return it to Charles II of Spain in 1698 (Treaty of Ryswick).

At the end of the Spanish War of Succession, the Spanish Netherlands, and Luxembourg with them, passed into the hands of the Austrian Habsburgs in 1714, and Emperor Charles VI took possession of them.

The reign of Empress Maria Theresa (1740–1780) led to some pronounced changes. She embarked on a radical process of reform to improve the operation of the state institutions and its finances. Maria Theresa’s son, Joseph II, succeeded her in 1780 and continued his mother’s work, which foreshadowed the reforms of the French Revolution.

The reign of the Habsburgs came to an end in 1795 with revolutionary troops arriving in Luxembourg. The Duchy of Luxembourg was attached to France as the 'Département des Forêts’. This period brought about fundamental changes in Luxembourg and shaped its development in the 19th century.

Portrait of the Empress Maria-Theresa

The establishment of equality before the law and the introduction of the Civil Code under the Consulate marked the period after the French Revolution, under the Directoire, in particular.

After Napoleon’s defeat at the Battle of the Nations in Leipzig in 1813, and his abdication in 1814, the Luxembourg population wanted the return of the Habsburgs, but the Congress of Vienna in 1815 saw things differently.

Since the main aim was to contain France within its borders, the great European powers decided to create a large kingdom of the Netherlands, which would be ruled by the dynasty of Orange-Nassau. As a result, William I of Orange-Nassau saw Holland enlarged by the addition of the former Austrian Netherlands. The Duchy of Luxembourg was elevated to the status of independent state, and ceded in a personal capacity to the King of the Netherlands 'to be possessed in perpetuity by him and his successors in complete ownership and sovereignty’ (Article 67 of the Final Act of the Congress of Vienna). As such, the Kings of the Netherlands also became the Grand Dukes of Luxembourg until 1890. In reality, William I did not treat Luxembourg, elevated to the status of Grand Duchy, as an independent state, but as the 18th province of his kingdom.

As under the Ancien Régime, the Grand Duchy had two linguistic areas – the German-speaking area, which included the capital where the people largely spoke Lëtzebuergesch (the language of Luxembourg), and the French-speaking area.

The origins of the national dynasty

William I did not treat Luxembourg as an independent state, but as a province of his kingdom. He took no account of political, economic and religious aspects of the southern provinces, causing discontent among the Belgians who started to revolt in August 1830. The people of Luxembourg joined them shortly afterwards, mainly because of financial grievances. In addition to being burdened with heavy taxes, they resented the King for his complete lack of interest in Luxembourg. He only visited Arlon once, handed all positions of responsibility to foreigners and even wanted to introduce teaching Dutch in primary schools. By revolting against William I, the Luxembourg population hoped to escape from Dutch influence and see their aspirations fulfilled in the future.

William II succeeded his father in 1840 and granted the Grand Duchy its own Constitution. His reign was short, but full of reforms. He created the administrative infrastructures on which the Grand Duchy relied to become a real state, and ratified Luxembourg’s entry into the Zollverein (a customs union with Prussia) in 1842. In 1848, Luxembourg adopted a very liberal Constitution, which limited the royal prerogatives. William II died in 1849.

An equestrian statue of William II was erected in the city centre of Luxembourg in 1884 as a sign of gratitude.

His son, William III, succeeded him in 1849 and reigned until 1890. He adopted a more reactionary attitude, considering the Constitution as too liberal and too 'republican’. Therefore, he imposed an amendment to the Constitution in 1856, which reaffirmed the monarchic principle, notably by creating a Council of State, whose members were designated by the sovereign. He appointed his brother Henry as his Lieutenant-Représentant. The latter somewhat tempered the policy of his brother by defending the country’s independence abroad, notably during the crisis of 1867, when Napoleon III wanted to acquire Luxembourg. William III died on 23 November 1890.

Thus, the personal union between Luxembourg and the Netherlands came to an end. 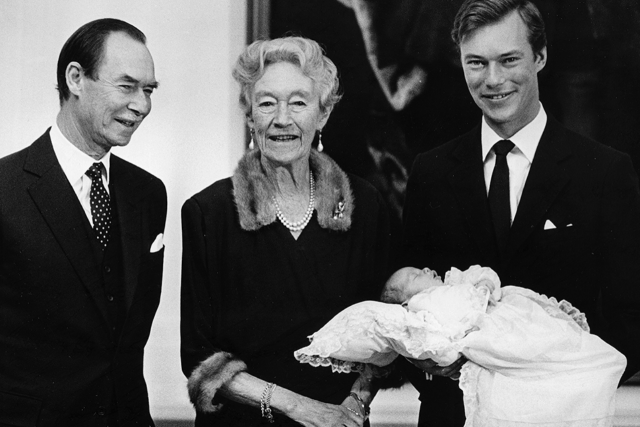 The former sovereigns and their consorts

Find out more about the ancestors of His Royal Highness the Grand Duke, notably those of his father Grand Duke Jean and his grandmother Grand Duchess Charlotte. Each biography also includes more information about their spouses. 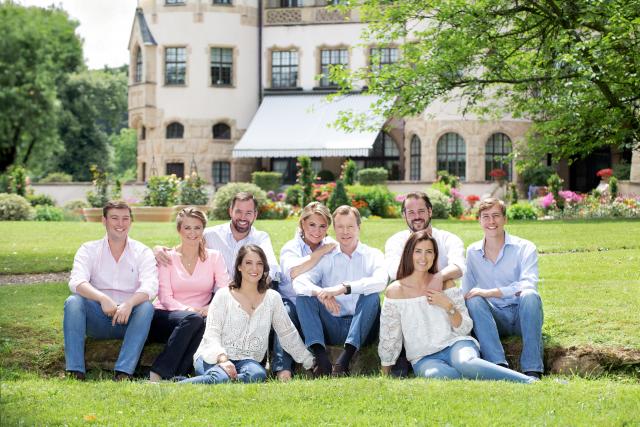 Access the biographies of the members of the Grand Ducal Family