Article 1 of the Constitution declares that the Grand Duchy is a “democratic, free, independent and indivisible state”. Luxembourg is a representative democracy in the form of a constitutional monarchy.

A constitutional monarchy is a type of political regime that recognises a hereditary Monarch as Head of State. This system of the succession of power is based on the constitutionally enshrined principle that the Crown of the Grand Duchy passes from one member of the Nassau family to another member of the same family.

This section provides more information on the order of succession to the Throne in the event of death or abdication by the reigning Monarch, on the Regency in the event of the Grand Duke’s temporary incapacity and on the Lieutenance, which allows the Grand Duke to delegate certain powers to his Lieutenant-Représentant.

Under the terms of Article 3 of the Constitution, the Crown of the Grand Duchy is hereditary in the Nassau family, in accordance with the Pact of 30 June 1783, Article 71 of the Treaty of Vienna of 9 June 1815, and Article 1 of the Treaty of London of 11 May 1867.

The Congress of Vienna of 1815 ceded the Grand Duchy to the King of the Netherlands, William I, Prince of Orange-Nassau, 'to be possessed in perpetuity by him and his successors in complete ownership and sovereignty’. The Final Act of the Congress thus applied the order of succession established between the two branches of the House of Nassau by the Pact of 1783 to the Grand Duchy of Luxembourg.

While the first chapter of the Family Pact of 1783 describes the sovereign possessions of the House of Nassau, the second chapter is devoted to the order of succession. At that time, the Crown was transmitted according to Salic law in direct line by order of primogeniture to male descendants, excluding female descendants. In the absence of a male descendant in direct and collateral line in one of the branches of the House of Nassau, the Crown passed by right to the male descendants of the other branch. In the absence of male offspring in direct and collateral line in both branches, the Crown passed in order of primogeniture to the female offspring of the ruling dynasty.

The Treaty of London of 1867 redefined the status of the Grand Duchy. Napoleon III tried to acquire Luxembourg, but failed because of Bismarck’s refusal to allow a former member of the German Confederation to fall under French rule. At the time, the City of Luxembourg was still occupied by a Prussian federal garrison. Following the 'Luxembourg Crisis’, an international conference was organised in London to prevent a French-Prussian war. Prussia agreed to withdraw its garrison from the fortress of Luxembourg. The Grand Duchy was declared perpetually neutral. Article 1 of the treaty maintained the ties between the Grand Duchy and the House of Orange-Nassau and confirmed the rights that the agnates (the descendants by male links from a common male ancestor) of the House of Nassau have over the Grand Duchy.

The order of succession, as set down in the Family Pact, has been amended twice since then.

In 1906, Grand Duke Guillaume IV sensed that his health was worsening and that the question of who would succeed him would soon arise, since six daughters were born from his marriage to Maria Ana of Braganza. He therefore issued a new family statute to guarantee his daughters’ succession to the throne. This statute was based on Article 42 of the Family Pact, which stipulated that after the extinction of all the male members of the House of Nassau, the female line of succession would come into play. The 1907 statute also stipulated that the younger princesses would be next in line if there were no male descendant of Grand Duchess Marie-Adélaïde. Princess Marie-Adélaïde was declared heir apparent to the Crown. This statute was submitted to the Chamber of Deputies, which gave it the force of law on 10 July 1907.

Currently, the succession to the throne is guaranteed by Prince Guillaume, the Crown Prince. His son, Prince Charles, is second in the order of succession.

The role of a Regent is to take on the function of Grand Duke and to assume his duties on an interim basis if the Grand Duke is unable to perform them.

The conditions for a Regency and its modalities are enshrined in the Constitution of the Grand Duchy:

The Regent takes office only upon taking the oath. He has all the prerogatives of the Head of State, whose place he occupies ad interim, but article 115 of the Constitution stipulates that no changes may be made to the Constitution during a Regency.

Swearing-in of Duke Adolphe of Nassau as Duke-Regent.

So far, there have been two Regents in the Grand Duchy:

H.R.H. Crown Prince Jean of Luxembourg during the official swearing-in ceremony as Lieutenant-Représentant of his mother, H.R.H. Grand Duchess Charlotte.

The Grand Duke delegates his powers to his Lieutenant and this acting capacity may be either temporary or permanent. The Grand Duke can restrict the extent of the mandate as he deems necessary. The powers of the Lieutenant-Représentant are therefore limited by this mandate. However, the measures they take by virtue of their mandate have the same effect as if they were issued by the Grand Duke himself.

There have been five Lieutenancies in the history of the Grand Duchy: 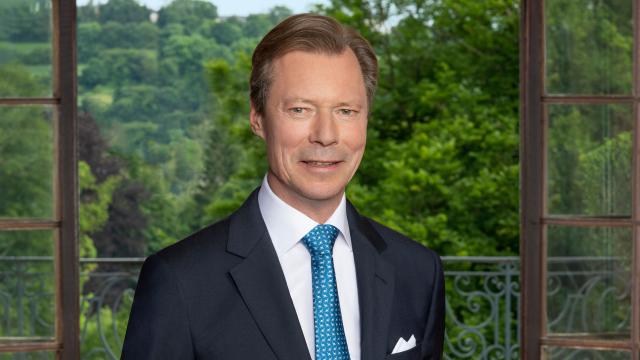 More information about the head of state

Learn more about the role of the head of state and about the Grand Duke, the National Day and much more. 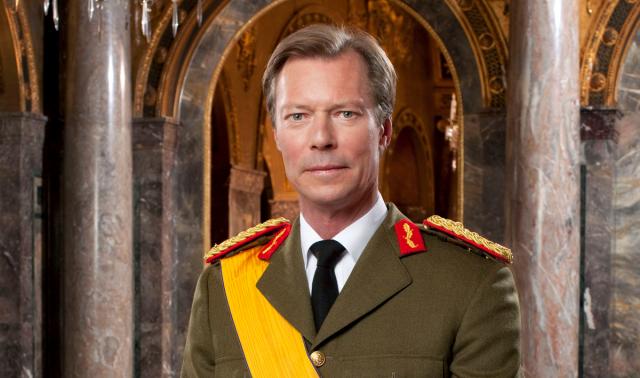 The Constitution of Luxembourg