How do you greet a member of the Grand Ducal Family?

It is customary to shake hands with the Grand Duke and other members of the Grand Ducal Family when meeting them.

During a conversation or in writing, the titles traditionally used to address a member of the family are as follows:

It is customary to play the anthem of the Maison grand-ducale, the Wilhelmus, to announce that His Royal Highness the Grand Duke, or one of the members of the Grand Ducal Family representing him, arrives at or leaves a ceremony.

About the Wilhelmus, the anthem of the Maison grand-ducale

The anthem of the Maison grand-ducale is inspired by a trumpet or cavalry band. The first written document dates back to the 16th century.

The melody is very similar to that of the Oude Geuzenlied printed in 1581. This melody was played during the visit of William III and Queen Emma to Luxembourg in 1883.

A few years later, Duke Adolphe was welcomed by the Wilhelmus, which was by then considered the national anthem along with the song Ons Heemecht ('Our Homeland’).

The anthem of the Maison grand-ducale: Wilhelmus 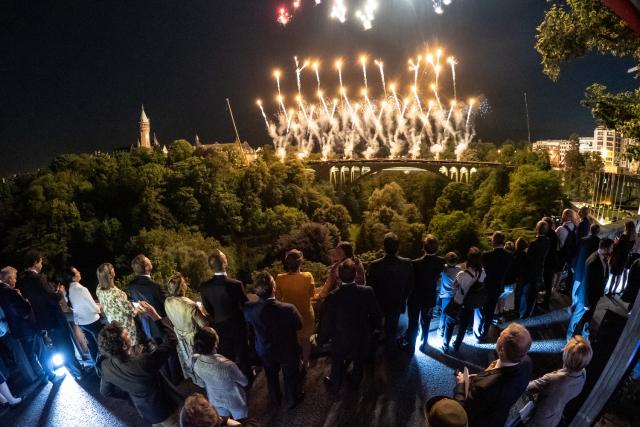 To find out more about National Day